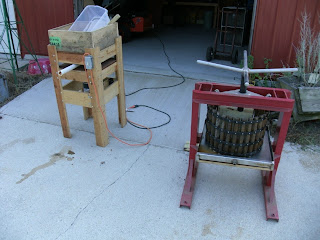 I cranked up the ole Whiz-Bang apple grinder yesterday and yes, by golly, it is in fact a whiz-bang. It makes short work of grinding up enough apple to make a batch of cider/juice. I'm glad I made the pusher stick before trying this rig. It worked perfectly. Just the right size to poke the apples down into the throat of the garbage disposal that does the grinding. The electric motor seems to have more than enough horsepower for the job. I only made a little more than a gallon but it only took a couple of minutes to grind them up. Two minor drawbacks to the operation, however. First, the stuff coming out of the chute looks and feels just like puke. Thank goodness it smells like apple juice or that project would have been over before it even started. Second, it's a little tough to get the inside of the disposal clean after the grinding operation. Pouring water through it after hosing it down well with the sprayer seems to work.

The press worked fairly well. There is no swivel on the end of the screw, so everything wants to walk around a bit when you crank down on it. Nothing serious but a swivel like on the end of a C-clamp would be a nice touch. Also it needs some casters on it. I welded some nuts on the channel iron legs for adjusting screws but dragging it across the floor is like fingernails on the chalkboard. Some locking casters would make it easier to move and eliminate the screech factor. The nuts for the adjusters are 1/2-13 thread. I might get lucky and find some cheapies at Harbor Freight with that thread.

The apple juice/cider tastes real good. Just sweet enough but with a little tang to it. I'm a little confused with the terminology of cider. The stuff I've bought in the past, I thought, was just apple juice like I made today but without all the filtration and pasteurization. Keep it in a cool place and it'll naturally ferment a little to develop a little bite to it. To others, cider is almost synonymous with wine which some call Apple Jack. Apple Jack was made in the past by freezing the fermented cider and removing the slush on top to increase the potency. Then there's apple brandy, and calvados, a fancy-ass brandy, both of which require distillation. I'm going to take a shot at making some apple wine, meaning I'm going to follow the same basic steps as I did with the peach wine. We'll see how it goes. I'm still not sure exactly what I'm doing, but this isn't the first time I've found myself in that situation.

I've got another variety of apples and peaches to try out. I'll make a batch of each and see what I like best. Might be, all of this will be for naught but I'm enjoying myself, so what the hell. Better than letting the fruit rot on the ground.

Posted by Shop Teacher Bob at 5:00 AM 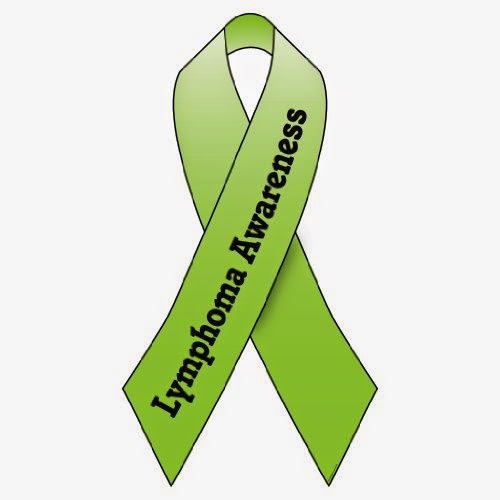